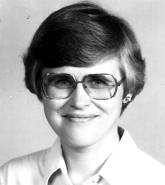 First outward journey to Hong Kong was made on 2 Sept 1990 - first homeward journey on 27 Jul 1991. After that Torunn stayed in Hong Kong:

Torunn grew up in the city of Kristiansand and was early on engaged in the children and youth work in her church. She is educated as a nurse.

After completing her education she worked in Norway for a few years. She felt the calling and wanted to serve as a missionary. As a first-time missionary she started working through a mission organization called The Mission Alliance in 1979, and stayed in Taiwan working as a nurse for three years. In the middle of the eighties she was ready for a MCCN-service in Congo-Brazzaville. She entered upon the work in 1984.

After ending a period in Congo-Brazzaville she began studying at Ansgar Theological Seminary and she completed the preacher-class there. There was a great need for missionaries in Hong Kong at that time; and in 1990 Torunn was willing to go there. The first two years the plan was to spend a lot of time learning the language. Because of sickness within the staff, she had to take over the responsibilities as the Mission Field Secretary in 1992, a great challenge that she attended to in a very satisfying way. Preaching got a bigger place in her serving as a missionary, and at the MCCN's Annual Conference in Oslo 1994, she was approved as pastor.

Her broad competence from different countries made her the qualified person in charge of the extensive work in Hong Kong and China. She was thorough, hard working and devoted. Both national co-workers and colleagues valued her person and work.

In 2007, Torunn was diagnosed with cancer. She kept on receiving treatment and living faithfully, and had visited many places. In October 2009, she visited China and Hong Kong again with some co-workers of MCCN and witnessed the faithfulness of our Lord; congregations were touched by her witness.

Torunn passed away in Oslo on 30 Jun 2010. She would like her friends to donate wreath in lieu of money to Shaanxi Bible School.