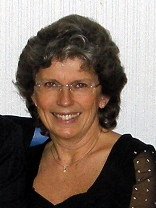 Marianne worked as an accountant in Hong Kong:

Marianne was born and raised in the town of Molde in the north western part of Norway. She participated in the church's activities as a child and teenager. She married pastor Egil Torp in 1972 who was a pastor in her church.

Together they worked in a church in Chicago USA before they moved back to the Norwegian capital Oslo. Marianne worked in different jobs concerning trade and business up till 1980. In 1980 they said yes to the challenge to move to Hong Kong to take part in the administrative responsibilities that MCCN's growing work in the big city. In addition to entail the responsibility to take care of their three children, Marianne also was in charge of the mission's accounts and served for a while as secretary for the mission. With the expansion of the work of Mission Covenant Church in Hong Kong in the eighties, it was a great challenge that she attended to in a very satisfying way.

From the year of 1990 she worked in a Norwegian Christian student organisation. She is currently working as a leader of the information department in one of the faculties in Oslo.