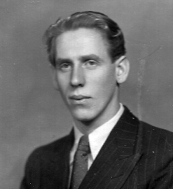 Bjorn worked as a pastor, construction leader and MCCN's Mission Field Secretary in Hong Kong from 1977-1980:

Together with his wife Karin, he went to England to study language (1 month) on 1 Aug 1977. Their first outward journey to Hong Kong via USA was done on 8 Sept 1977. He went home to Norway for a vacation on the 25 Jul 1978. After that they left for Hong Kong on the 12 Sept 1978. The family stayed in Hong Kong all in all for three years and went back to Norway in 1980.

Bjorn was born in the eastern parts of Norway. He was a plummer when he decided to study at MCCN's Mission School in 1945. He was entering his service as a pastor two years later. In the year of 1950 he entered upon his mission career, and together with his wife, Karin, they went to language studies in France and on to missionary service in Congo-Brazzaville. Later on they spent two periods in Congo-Brazzaville before they returned to Norway in 1969. It was pioneer time in Congo, and a lot of time and effort was spent in practical work. But even more effort was laid down in church planting and congregation building, and in teaching at the Congolese Church Theological Seminary.

During the periods at home in Norway, he got further educated and also taught at Ansgar Bible School. In 1971 he became acting headmaster at Ansgar, a year later the MCCN's Annual Conference elected him headmaster of the school.

Because of his competence, skills and all-round experience he was a natural choice to lead the construction of Holm Glad College, a responsibility he had for three years.

In 1981 the Mission Secretary post was available. With Bjorn's background in both Congo-Brazzaville and Hong Kong, MCCN got a well suited and qualified person to fill the post. He worked as Mission Secretary until 1988 when he had to step down because of health conditions.

Humour and high spirits have always marked Bjorn Owesens life and service. "The good story" is an integrated part of his preaching and conversations, the witty and sharp reply always on his tongue. Spending time with him is never boring. Bjorn engagement in missions the growth of God's kingdom is equally important to him.